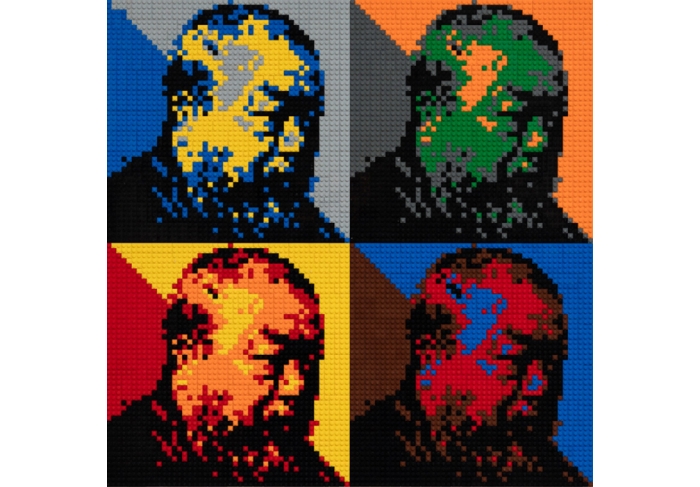 Ai Weiwei (born 1957 in Beijing) is an internationally known artist and activist who addresses social, cultural, and political issues throughout his diverse body of work. His passionate defense of human rights and freedom of speech is deeply tied to his own personal experience, after spending his early childhood in a labor camp with his family, and later on being targeted for his outspoken criticism of the Chinese government.

In 2008, in response to the Chinese government’s lack of transparency, Ai Weiwei launched a “Citizens’ Investigation” to evaluate the catastrophic aftermath of the 8.0-magnitude earthquake in Sichuan, China. His investigation revealed not only the names of the thousands of school children that perished in the disaster, but also the fatal construction flaws and shortcuts taken to cut down on time and costs. The results of Ai’s investigation, along with the many works he created and exhibited around the world directly addressing the disaster, sparked international outrage and brought attention to the devastating loss that the Chinese government had tried to deny and conceal. In recent projects Ai has addressed the international refugee crisis, the theme of displacement of particular relevance due to his being raised in exile after his father, the Chinese poet Ai Qing, was denounced during the Cultural Revolution.

Ai lived in New York from 1981 to 1993, where he began early experimentation with conceptual and appropriation art. Upon returning to China in 1993, he became involved with Beijing’s experimental arts scene, eventually establishing his studio FAKE Design. Through burgeoning social media, Ai found a new outlet and wider audience for the outspoken criticism of government policies embodied in his work.