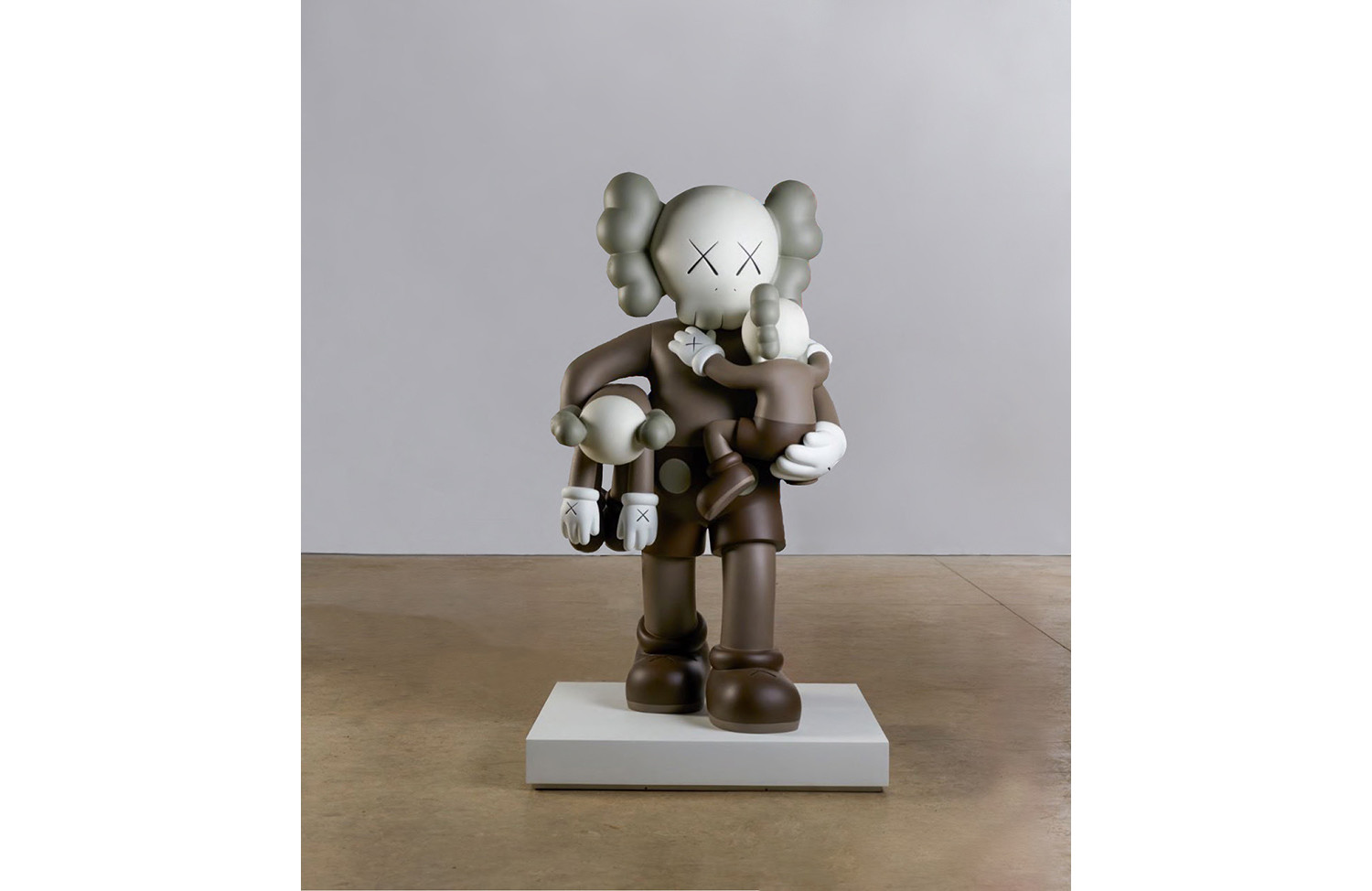 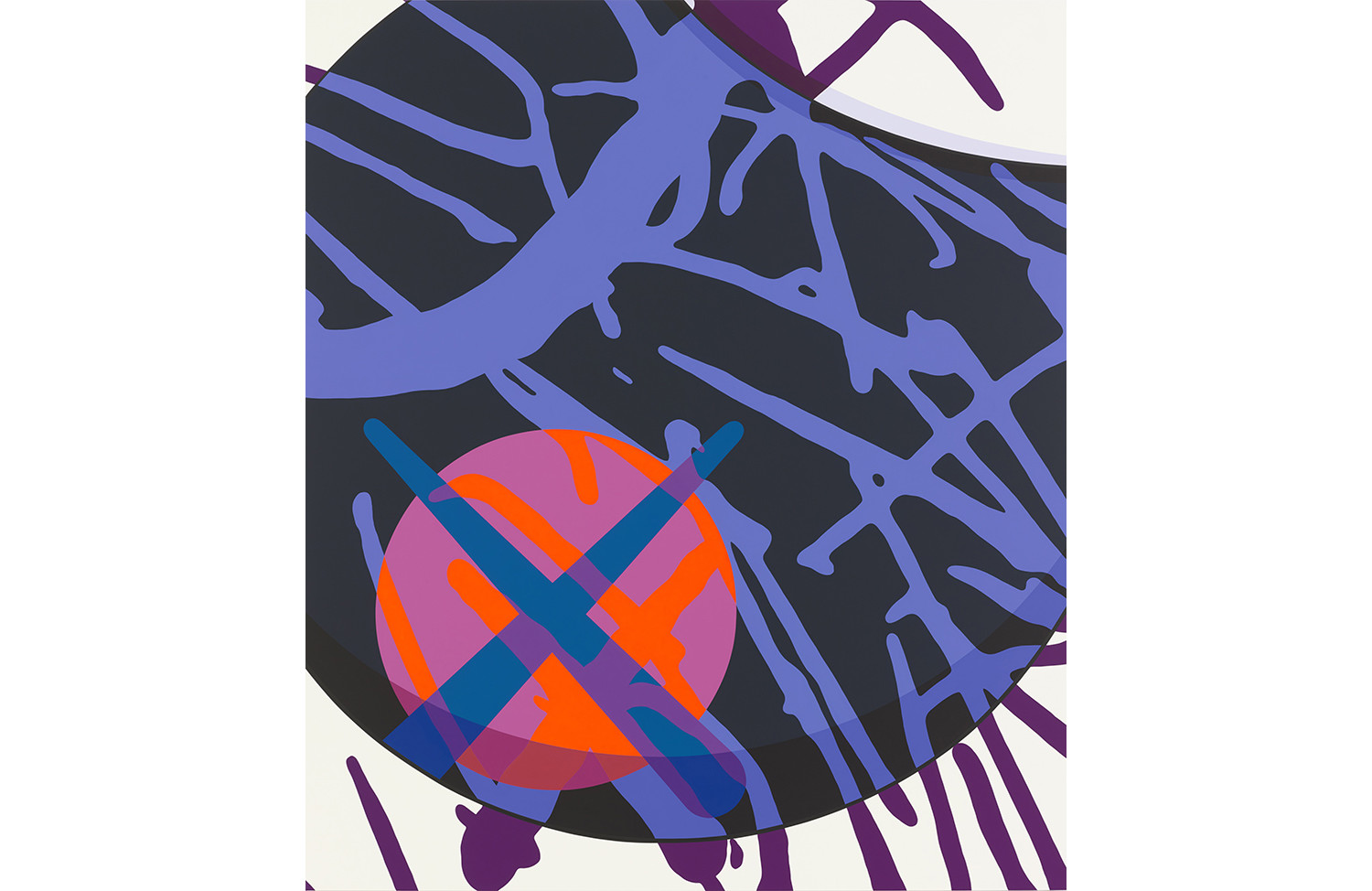 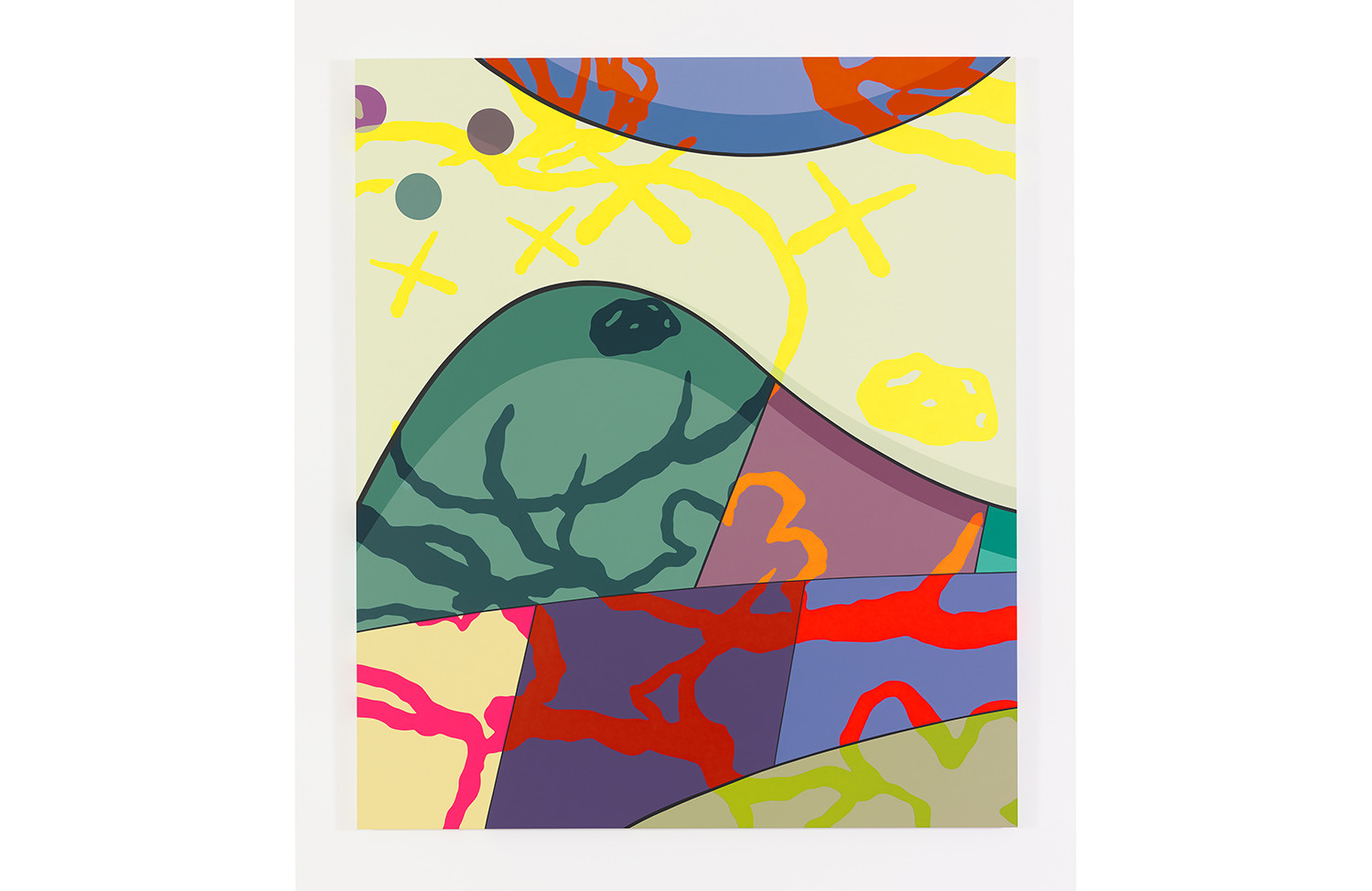 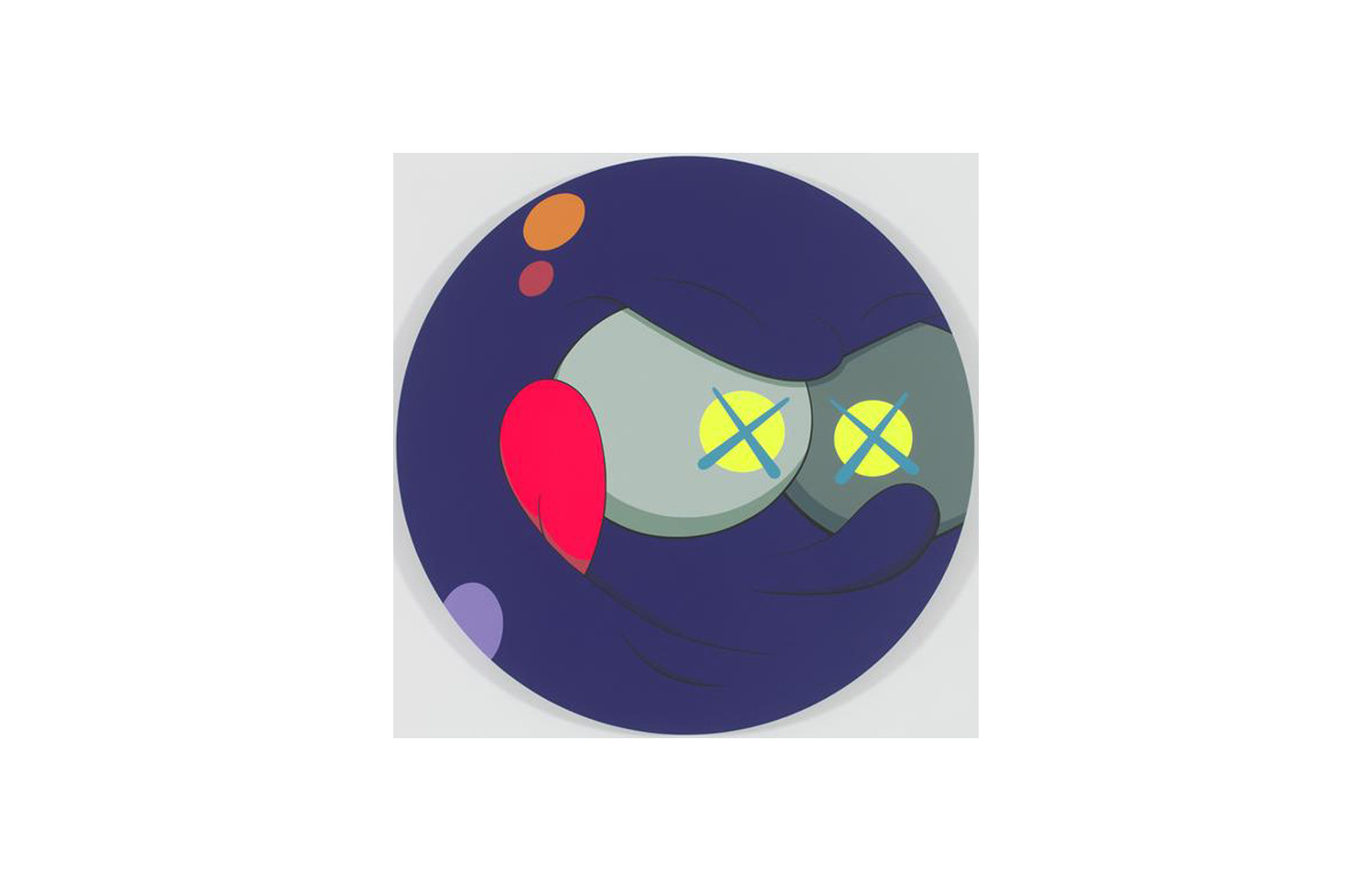 KAWS is an artist whose practice and influence extend beyond painting, sculpture, and drawing. He applies his distinctive graphic style - a complex interchange between figuration and abstraction - to a wide range of consumer merchandise, editioned objects, and commercial collaborations with global brands and personalities.

KAWS (Brian Donnelly) was born in 1974 in Jersey City, New Jersey, and is based in New York City. He received his B.F.A. from Manhattan's School of Visual Arts in 1996 and briefly worked as a freelance animator for Disney. Combining his background in animation with his interest in street art, KAWS has continued to refine his transformations of icons of popular culture, such as SpongeBob SquarePants, Mickey Mouse, the Michelin Man, and Snoopy, into characters that have in their own right become instantly recognizable.

Like the Pop artists before him, KAWS employs accessible subject matter, simplified forms and bold cartoon colors to deliver a stealth critique of his own time and its values. His work also carries on the tradition of renegade artists like the Chicago Imagists, Bay Area Figurative Painters, and underground comix illustrators, who countered the dispassionate surface of Pop with work that championed the enigmatic, subversive, humorous, and surreal. The unprecedented reach of KAWS' ideology, however, is made possible by his mastery of modern digital and social media. KAWS integrates the traditionally rarefied sphere of fine art with an increasingly homogeneous world-wide demand for branded goods and urbanity. His synthesis of art history, technology, and commerce reflects the chaotic nature of contemporary culture.