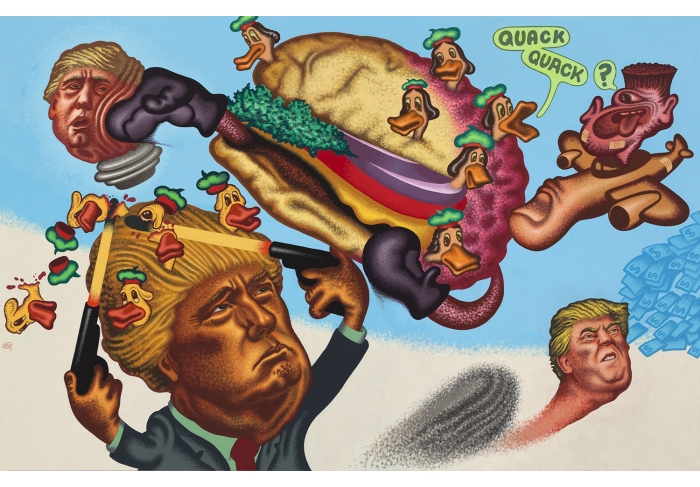 Peter Saul was born in 1934 in San Francisco, California. He studied at the California School of Fine Arts from 1950-1952 and the Washington University School of Fine Arts from 1952-1956. Saul was awarded the John Simon Guggenheim Memorial Foundation Fellowship in 1993 and received the Artists’ Legacy Foundation Award in 2008 and the Francis J. Greenburger Award in 2013. He was elected to the American Academy of Art and Letters in 2010.

Saul is considered one of the fathers of Pop Art. He is known for his distinctively colorful and cartoonish paintings which satirize American culture. His use of childlike marks and clashing colors are meant to both disturb and engage the viewer. In his over fifty year career, Saul has depicted the most pressing issues of society in a manner that destroys pretensions, exposes artificiality, and heightens awareness.