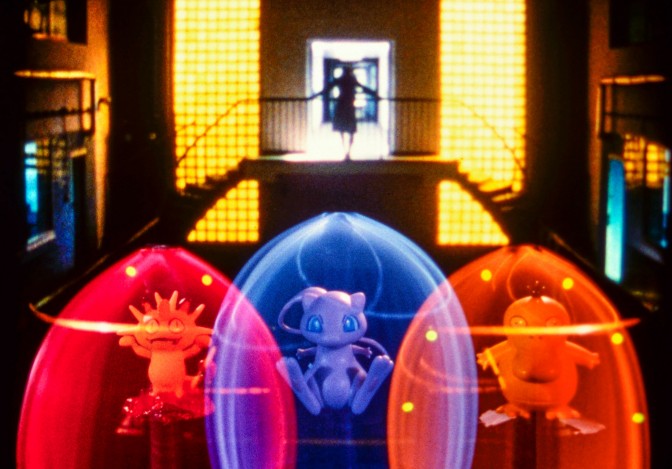 Since the mid-1970s, Ericka Beckman has forged a signature visual language in film, video, installation, and photography. Often shot against black, spatially ambiguous backdrops, her moving image works are structured according to the logic of child’s play, games, folklore, or fairy tales, and populated by archetypical characters and toy-like props in bright, primary colors. Throughout her work, Beckman engages profound questions of gender, role-playing, competition, power and control. Emerging out of the fertile environment of CalArts in the 1970s, Beckman developed the cornerstones of her vocabulary in her early Super-8 films, which are distinguished by their energetic pacing, the performers’ repetitive, ritualistic actions, deceptively simple special effects, and chanted and percussive soundtracks. Her milestone film You the Better (1983) draws on casino games and the consumerist principles undergirding them. In the film, a group of men are engaged in a series of enigmatic ball games, futilely competing against a house that always wins. Over the course of the 1980s, Beckman shifted from the emphasis on social dynamics towards exploring issues of representation and mediatization. The List Center exhibition will include selected works spanning thirty years of Beckman’s career, providing the first opportunity to more fully survey her contribution in a US museum... 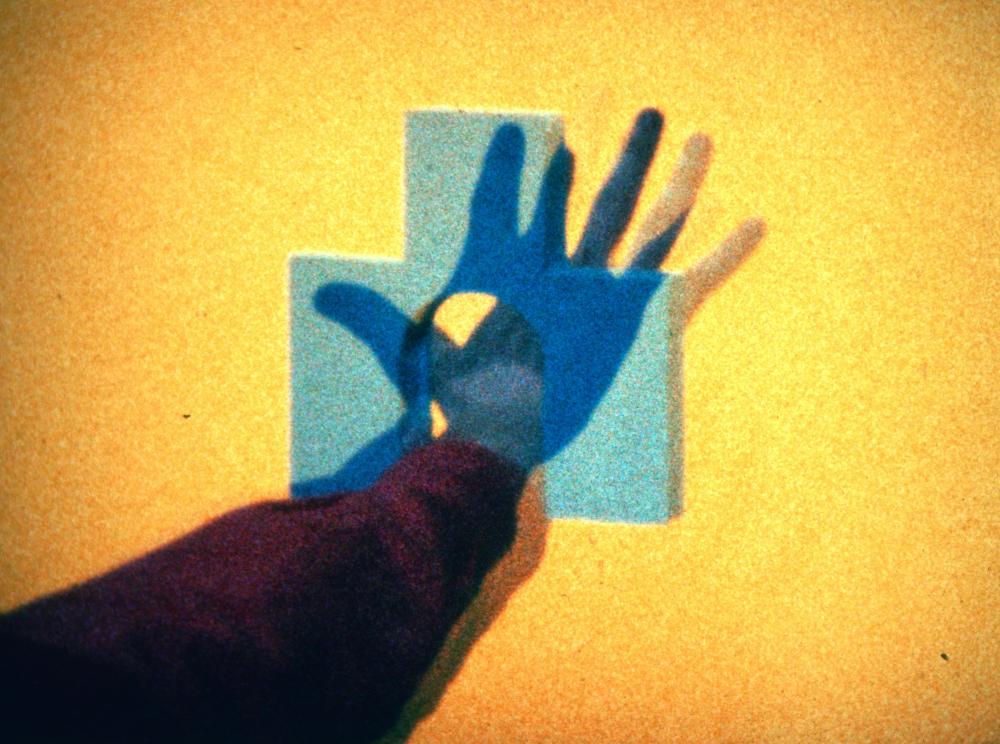 Invited for the first time to present her work in Brussels, the American artist Ericka Beckman (b. 1951) occupies an entire floor of the KANAL Showroom with The Super-8 Trilogy.

Made between 1978 and 1981, this trilogy, inspired by her reading of the Swiss psychologist and epistemologist Jean Piaget (1896–1980), is not unlike an enchanted and critical reading of the theories of cognitive development.

Exhibited on this occasion in the form of an installation overflowing the frame of the screen, this new configuration turns over the exhibition space like a playful environment scattered with set pieces and punctuated by colourful lights.

Echoing the themes of identity and otherness, the artist here questions the resonances of play in the various social and psychological constructions of Western, post-industrial societies. She revisits the forms of popular and technological cultural productions in order to institute them as the aesthetic principles of a work that is at once critical and playful... 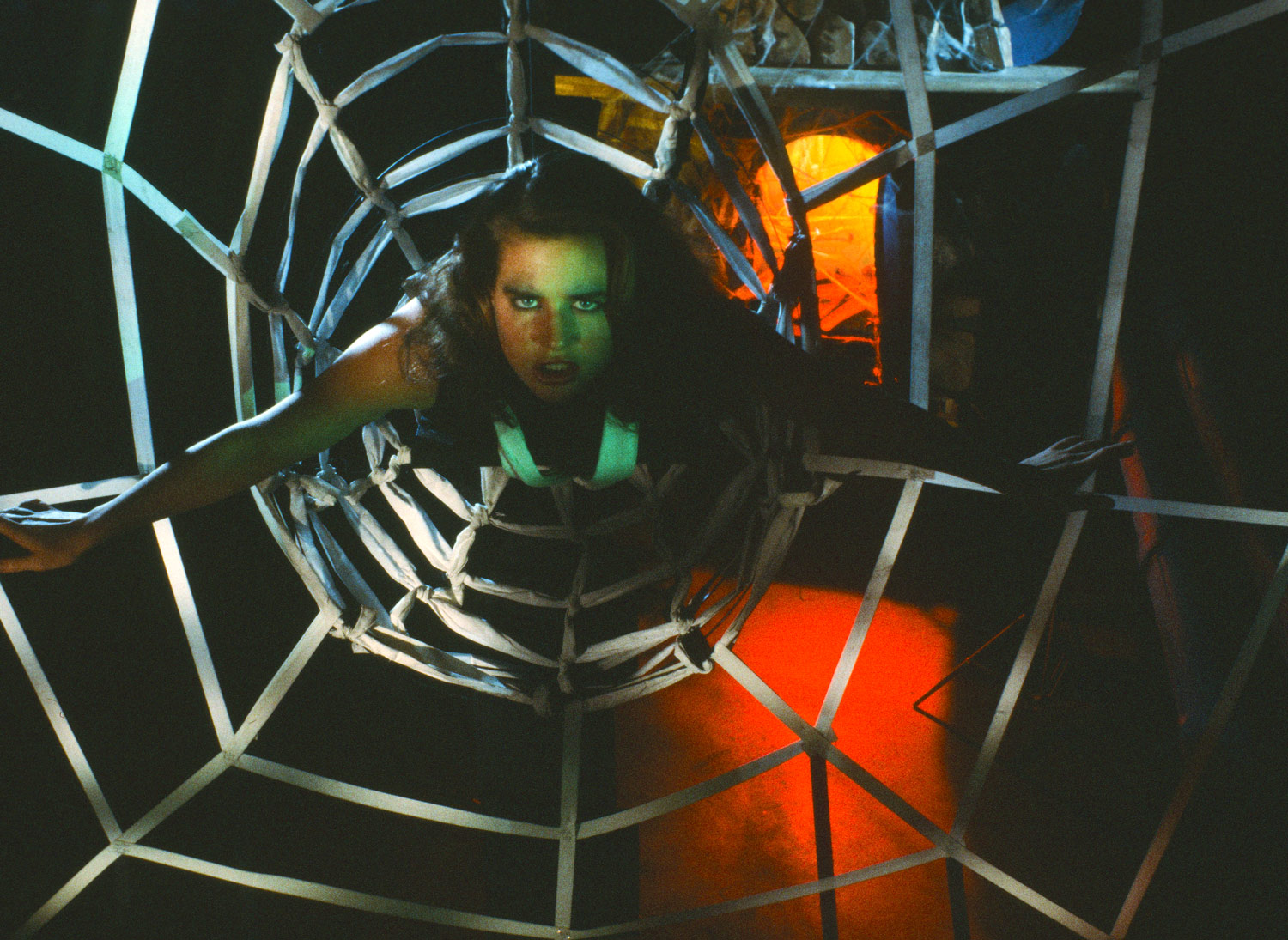 Over a career spanning more than forty years, Ericka Beckman (b. 1951, US; lives in New York) has created pioneering works in film, sound, performance, and installation that engage game structures — as found in sports, arcade games, and casinos — to explore role playing, memory, and cultural values. Friends, artist peers, and art professionals often perform in these works, reducing the distance between art and everyday life. Beckman discusses with Atillia Fattori Franchini the use of digital technology as a political tool, and together they consider some of the main themes and subjects presented in her work.

“I was interested in using screens to form a coded system within a space. The rear-screen allows you to have multiple timestamps and timeframes coexisting and affecting each other. The film Hit and Run (1977) basically opened the door for me to work as a filmmaker. Here, I created juxtapositions through the superimposition of different activities: an equivalence between a word, a graphic and a performance. I can say now that it was based on performance; but more importantly it is based on gesture, and communicating physical and graphic directions, as well as temporal ones: rhythm.”... 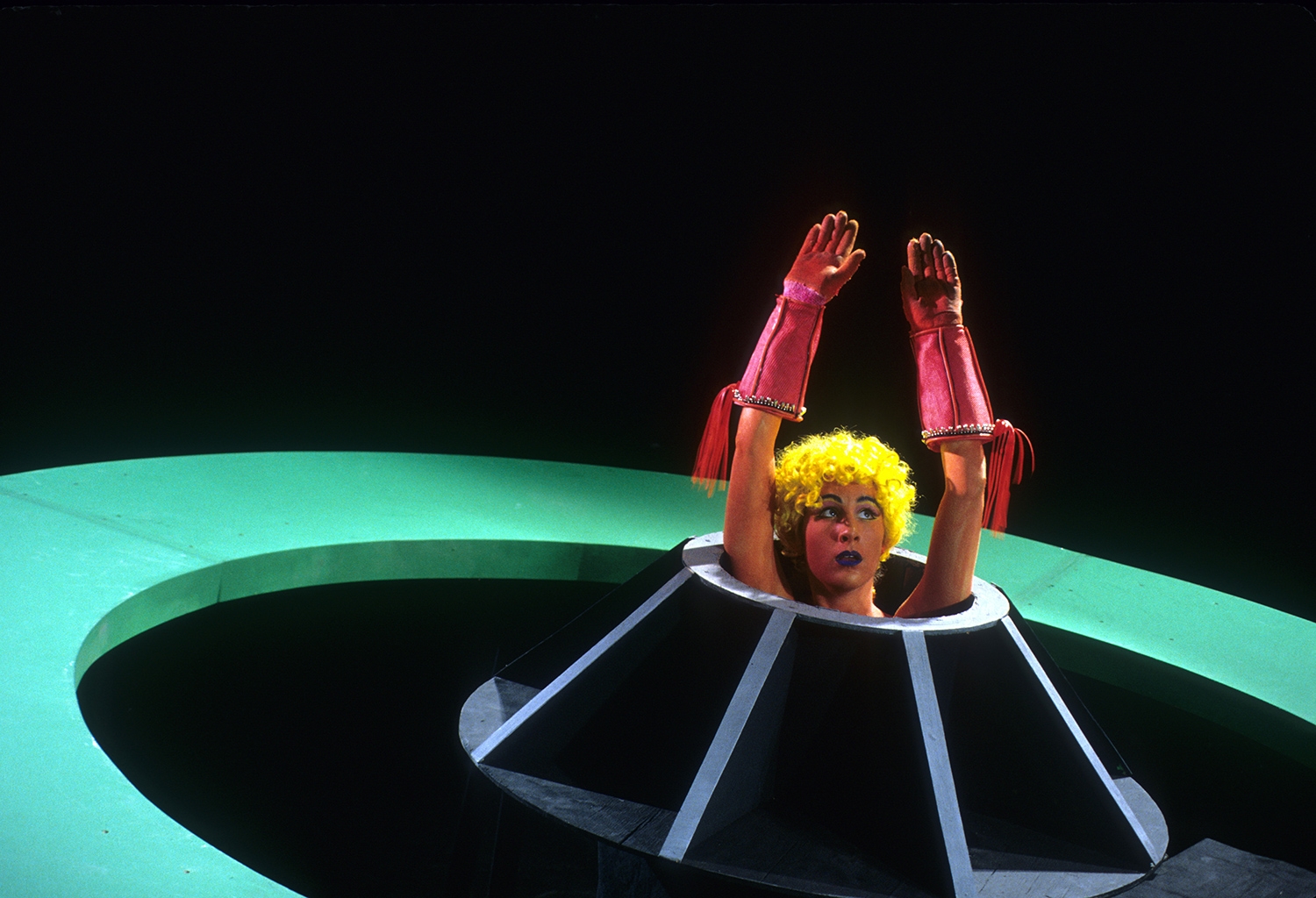 Ericka Beckman at the Zabludowicz Collection

In her first major solo exhibition in the UK, Zabludowicz Collection is pleased to present four seminal works from the Collection by American artist Ericka Beckman that span over 30 years of genre-defying filmmaking. Beckman’s work consistently treats film as a performance medium, and draws on the pioneering energy of her years at CalArts and the do-it-yourself sensibilities of New York’s Downtown Scene in the late 1970s and early 80s. It also astutely anticipates the social and cultural impact of video gaming and online networks over recent decades. Shot on 16mm, with all the animation and visual effects being constructed in camera through multiple exposures, Beckman’s films create narratives using the pedagogic and competitive structures of games. They playfully reveal the conditions of gender and identity formation in relation to labour, leisure, architecture and capital... 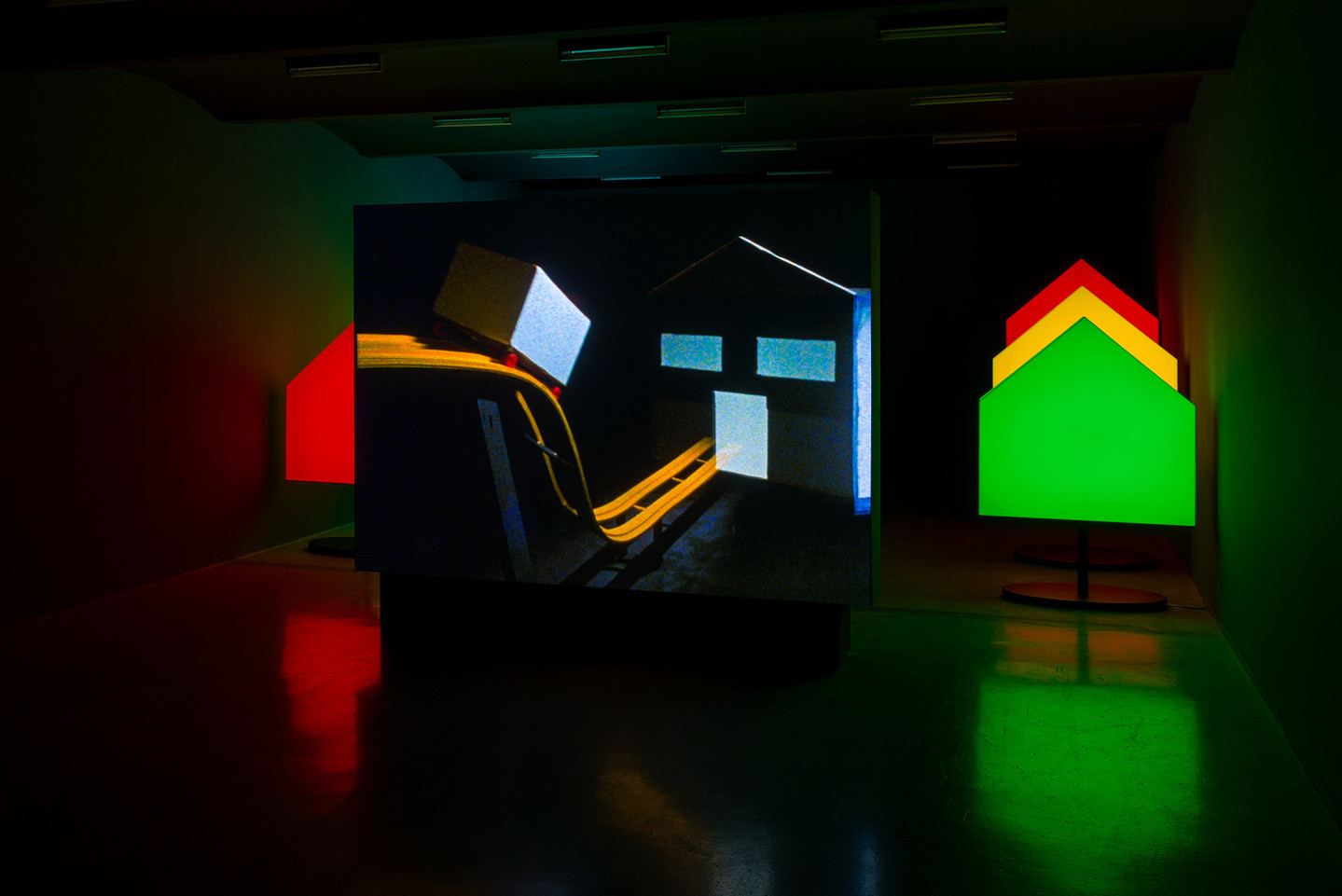 The American artist Ericka Beckman’s films and videos focus on games and sport competitions and their rules and structures, featuring the underlying playing fields as an allegory for the development and maintenance of socio-cultural norms. In her exhibition Game Mechanics, Beckman presents the film installation You the Better (1983/2015) and her most recent film Tension Building (2016) as well as drawings.

Beckman makes cinematography itself a medium of performance art in order to address fundamental questions such as the construction of movement and gestures, the regulation of space and time, and the joining of the imaginary and the real. For the recently completed version of Tension Building, which makes its debut at the Secession, the artist has updated her filmic investigation against the backdrop of the last U.S. election to bring critical pressure to bear on the prominent role of athletics and spectacle in American culture. She created a film ending that depicts the U.S. Capitol as the final moment to the game. Beckman found this image on the Internet of the inauguration of the Harvard Stadium in 1910, which featured a model of the Capitol on the playing field. The final image tethers the stadium to its underlying structure that engages all national, militaristic and corporate interests into play... 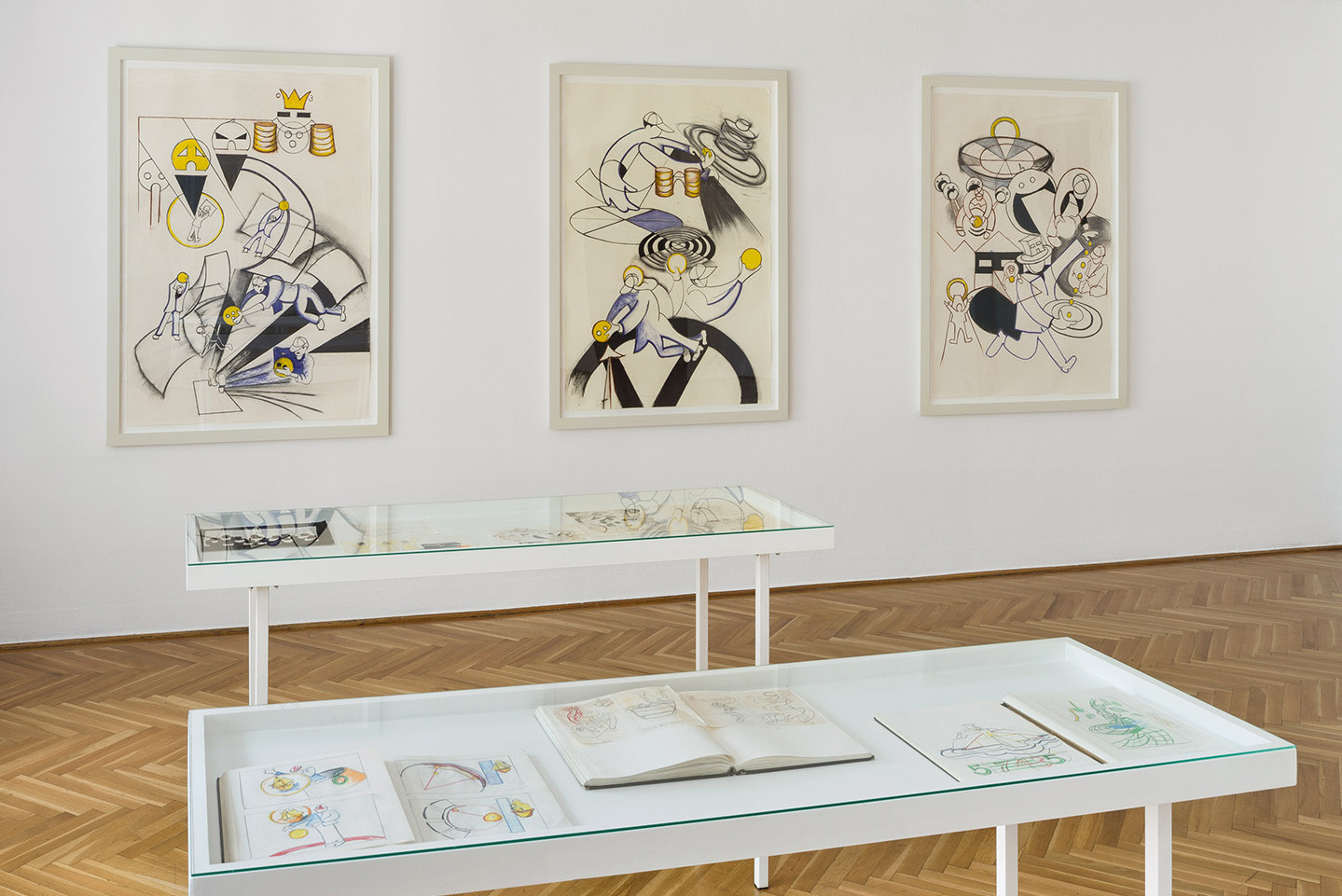 Spectacle sports have been the subject of Ericka Beckman’s work since the 1980s, but the recent US election has reemphasized their troubling place in American culture. Here she discusses this political reframing of her work as part of the current rediscovery of her 1980s films, which are displayed at Vienna Secession... 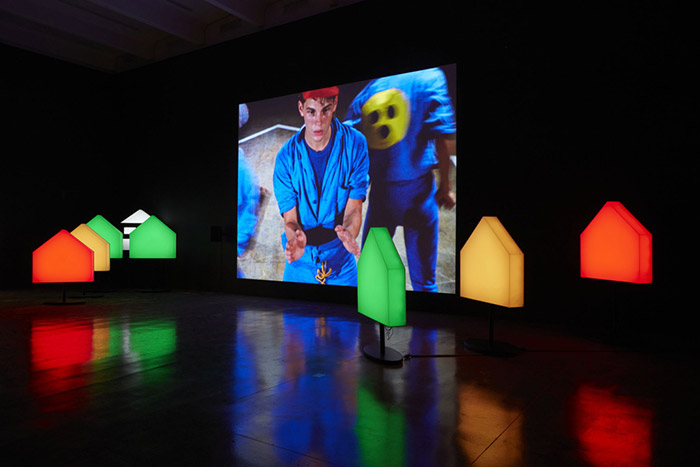 Interview with Victoria Sung Game On: Ericka Beckman's You The Better in The Walker Art Center's Untitled (Blog).

Since the mid-1970s, Ericka Beckman has experimented with film as a medium for expanding the possibilities of performance, often creating set pieces and rule-based actions specifically for the camera. Presenting the original film in conjunction with animated props, the installation You The Better (1983/2015) implicates the viewer as an active participant in the game. You The Better is on view through December 31 in the Walker group exhibition Less Than One. Here, we talk about the spirit of easy collaboration in New York of the 1970s and ’80s, how the original film resonates with today’s plugged-in audiences, and the analogy between games of chance and life... 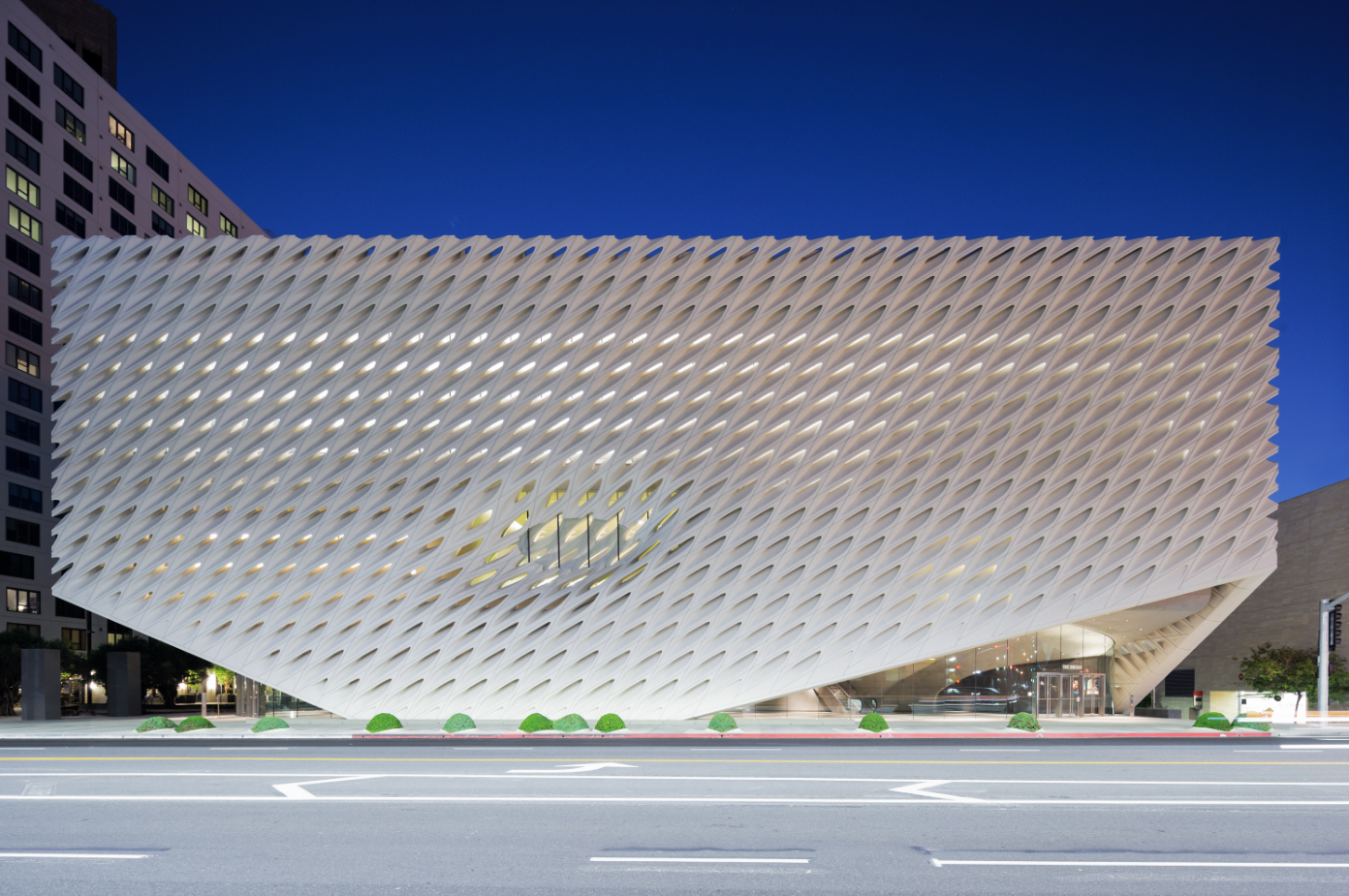 Eli Broad has been a busy man this year overseeing his Broad museum, which is approaching its one-year-anniversary in September — but not too busy to buy new art.

The Broad has added 29 new works to its permanent collection, it announced on Friday, all acquired since the museum’s opening. A third of the new works come from local artists, further deepening the museum’s connection to Los Angeles... 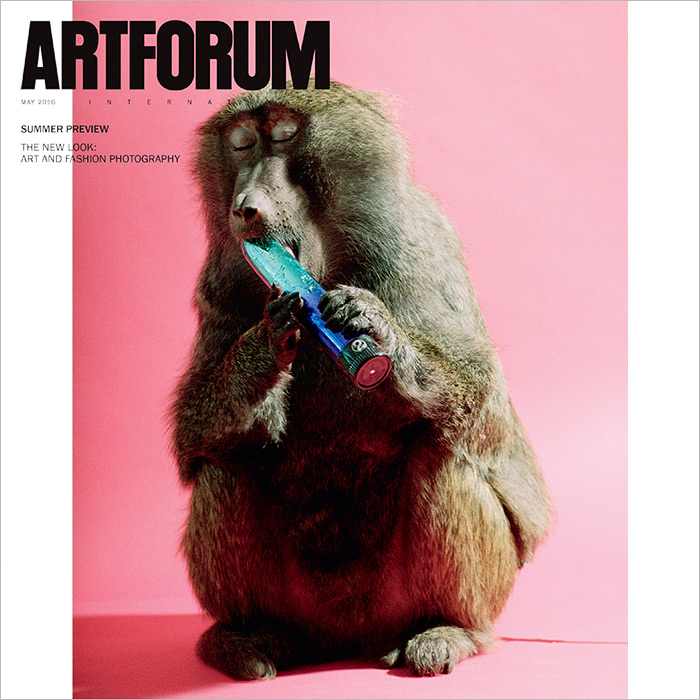 Review by Catherine Taft of Cinderella at Cherry and Martin, Los Angeles, California, in Artforum.

Ericka Beckman’s Cinderella, 1986, a 16-mm rendering of the fairy tale, is an Atari-like musical in which the title character staggers through various levels of narrative as if in a video game. As the centerpiece of a spellbinding exhibition, this rarely screened film demonstrated the staying power of Beckman’s work thirty years on... 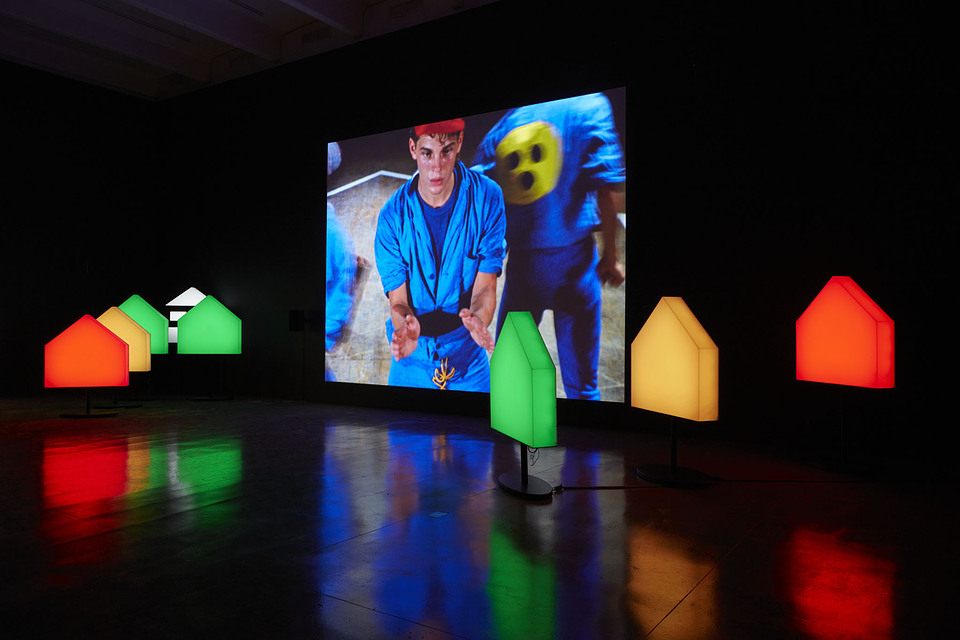 Included in group exhibition Less Than One at the Walker Art Center, Minneapolis, Minnesota.

Less Than One is an international, multigenerational group show offering in-depth presentations of work from the 1960s to the present by 16 artists central to the Walker’s collection. Included alongside such signature artworks as Sigmar Polke’s Mrs. Autumn and Her Two Daughters (1991) are major acquisitions on view here for the first time, including Ericka Beckman’s You The Better, Film Installation (1983/2015), Adrian Piper’s The Mythic Being: Sol’s Drawing #1–5 (1974), and Renée Green’s Bequest (1991), among other featured pieces... 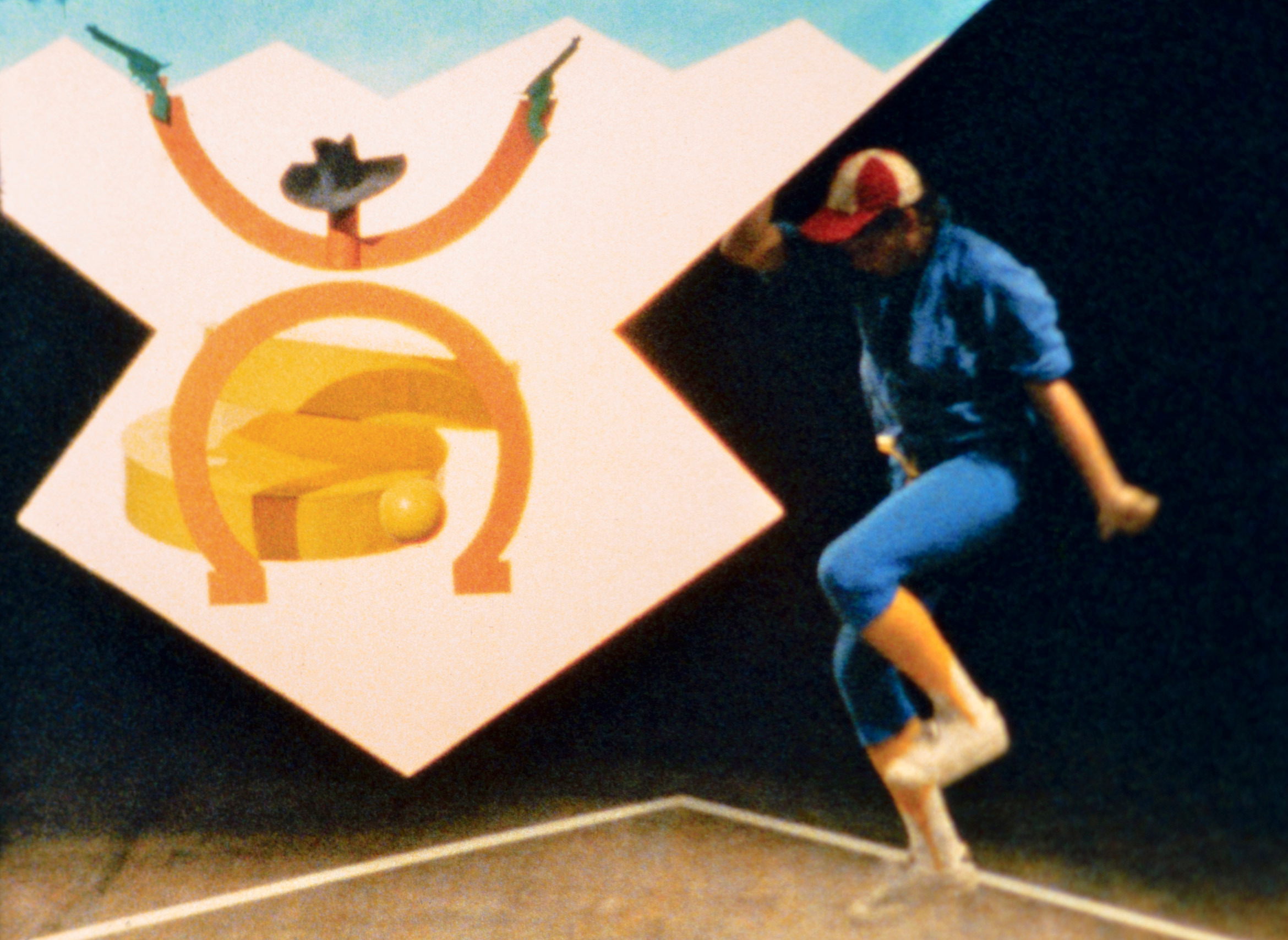 Ericka Beckman at the Whitney Museum of American Art

Included in the inaugural group exhibition America Is Hard To See at the new building of the Whitney Museum of American Art, NYC, NY.

Drawn entirely from the Whitney Museum of American Art’s collection, America Is Hard to See takes the inauguration of the Museum’s new building as an opportunity to reexamine the history of art in the United States from the beginning of the twentieth century to the present. Comprising more than six hundred works, the exhibition elaborates the themes, ideas, beliefs, and passions that have galvanized American artists in their struggle to work within and against established conventions, often directly engaging their political and social contexts. Numerous pieces that have rarely, if ever, been shown appear alongside beloved icons in a conscious effort to unsettle assumptions about the American art canon...