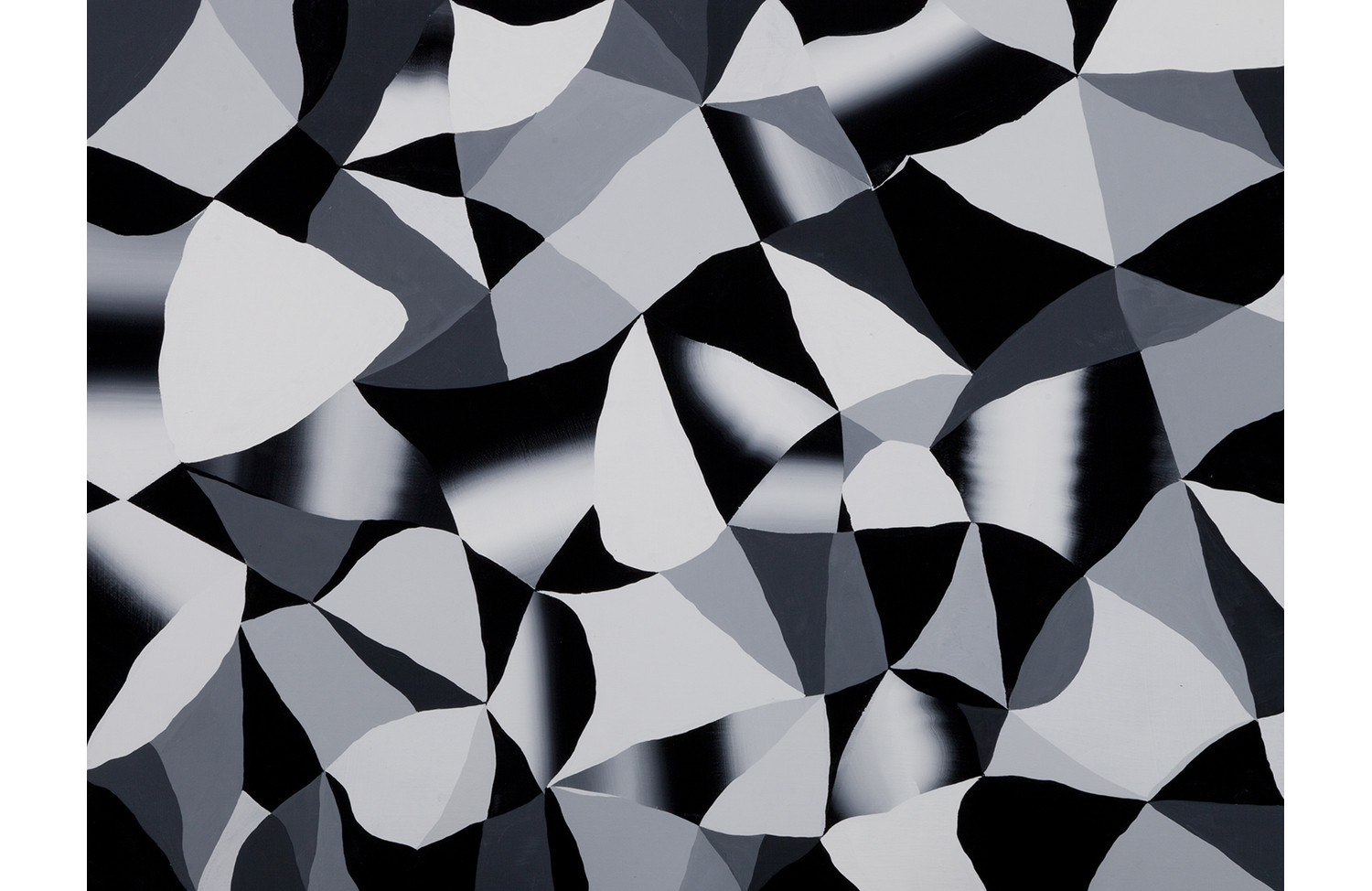 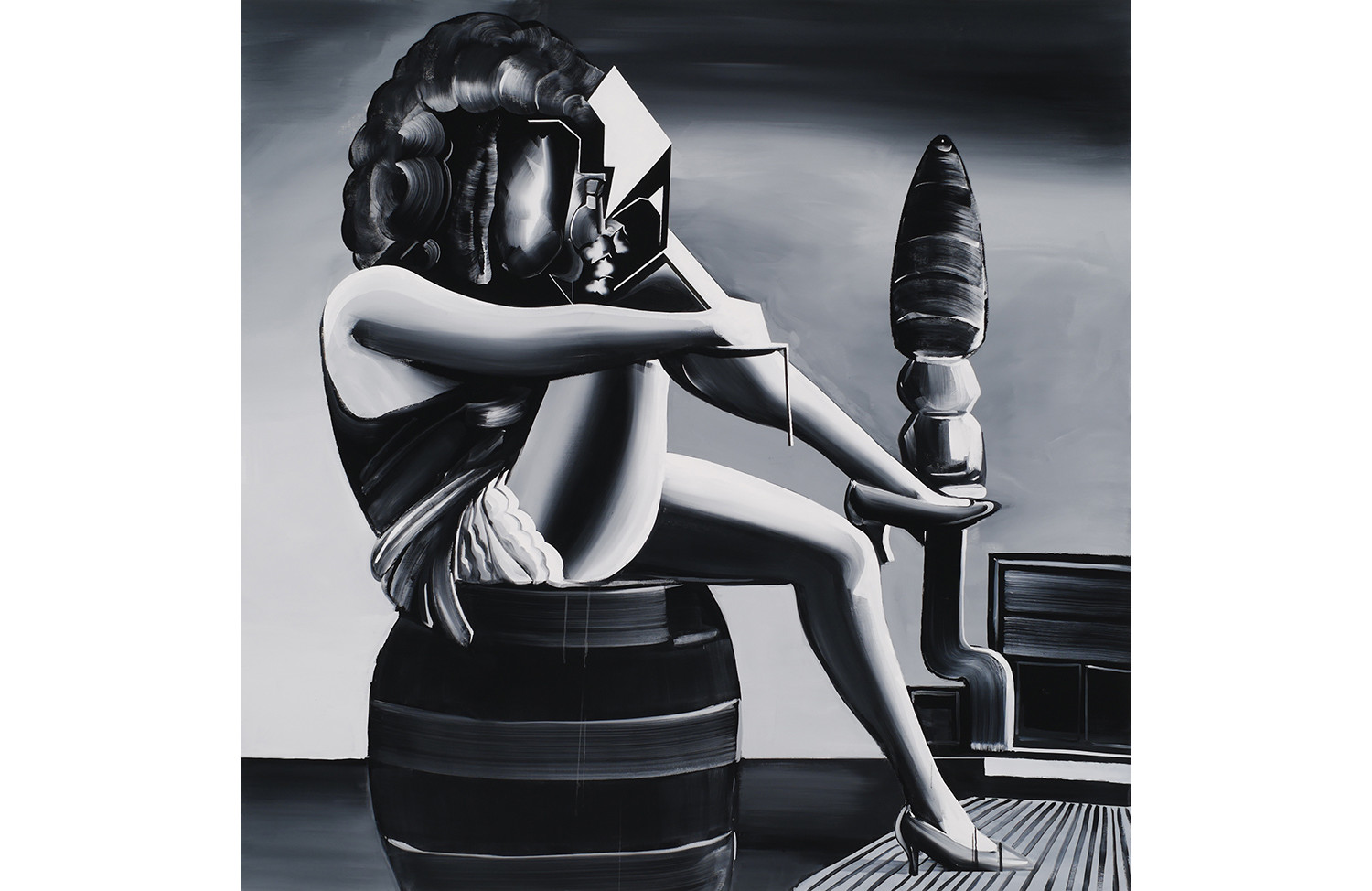 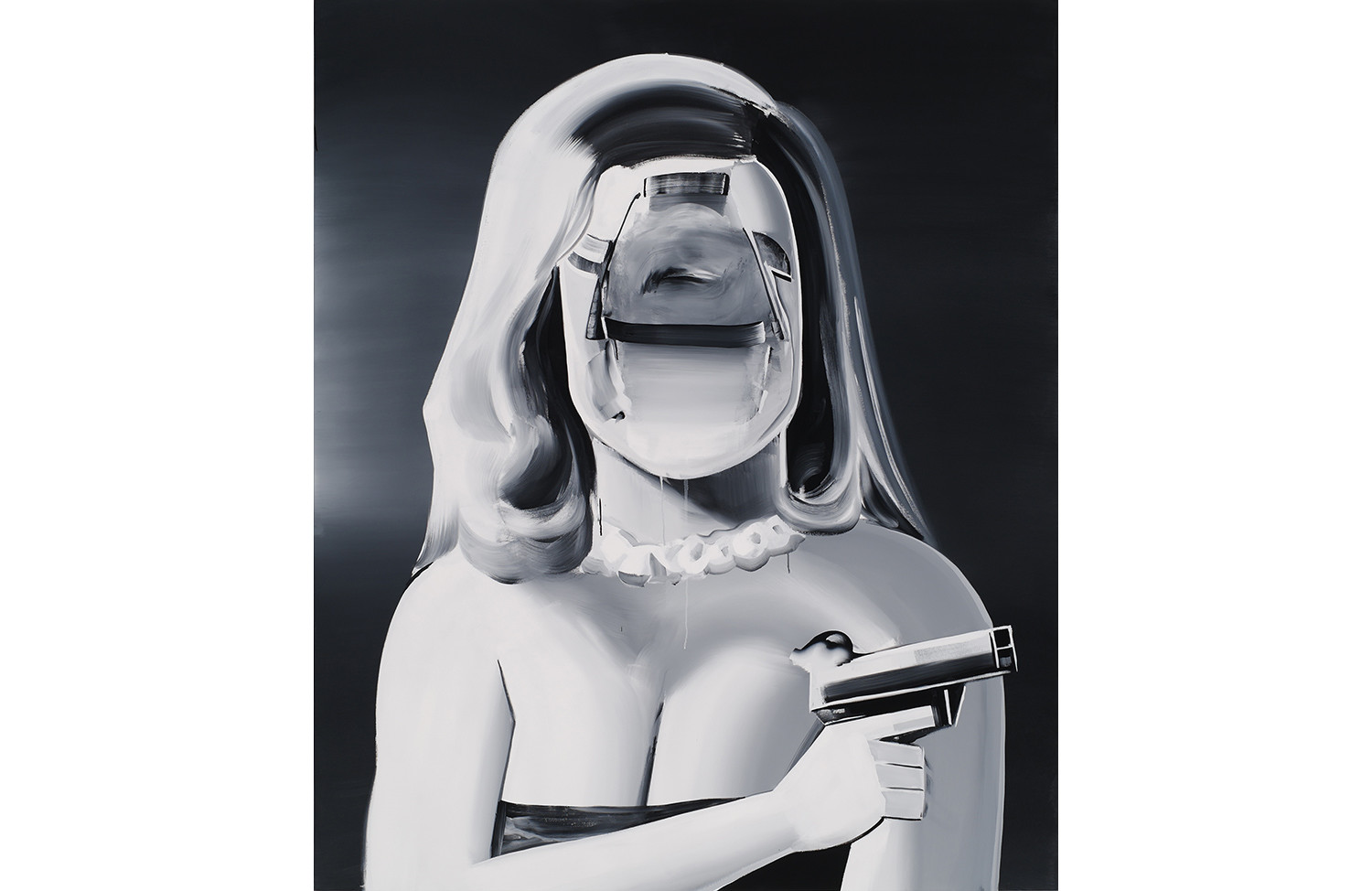 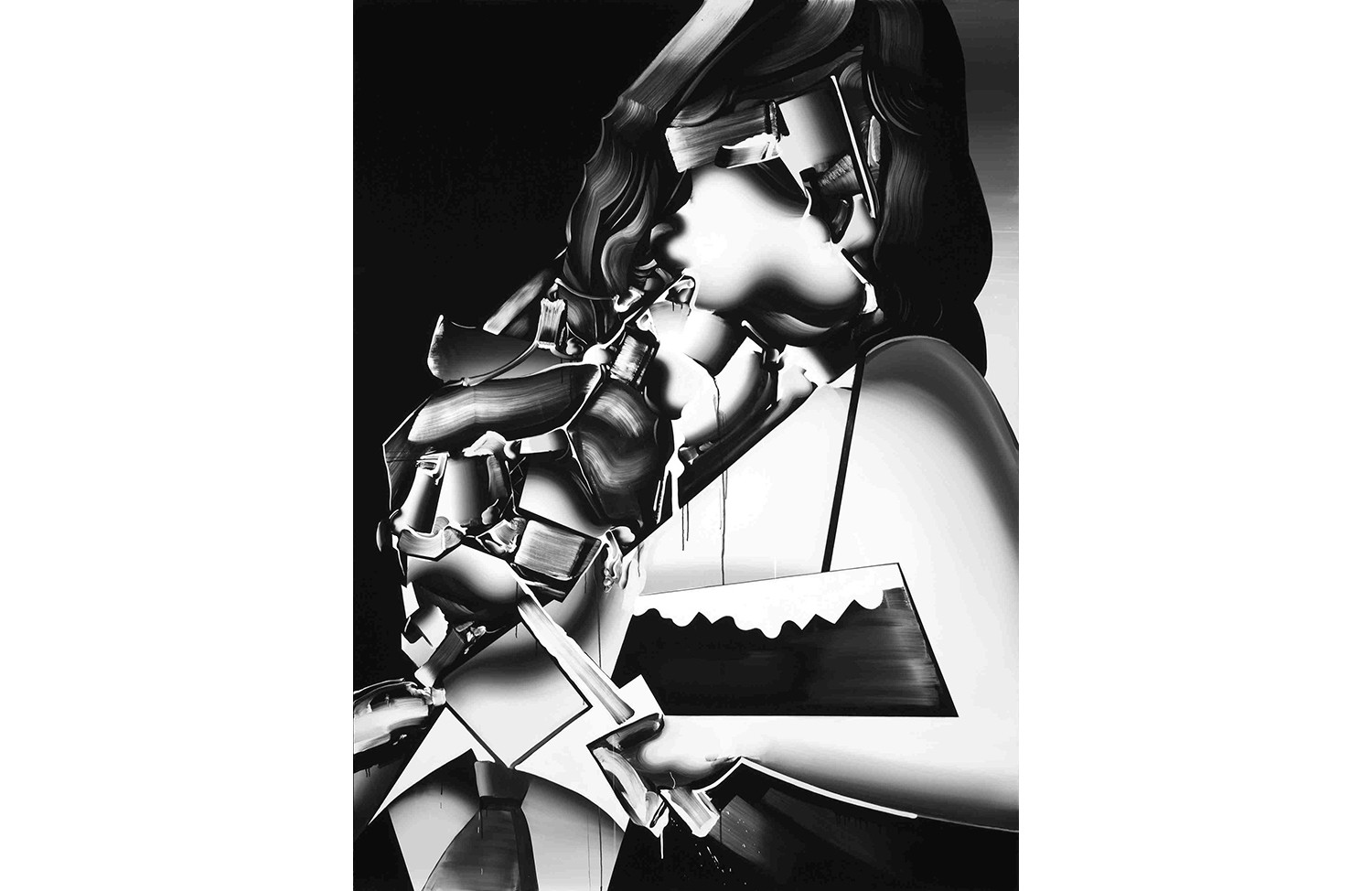 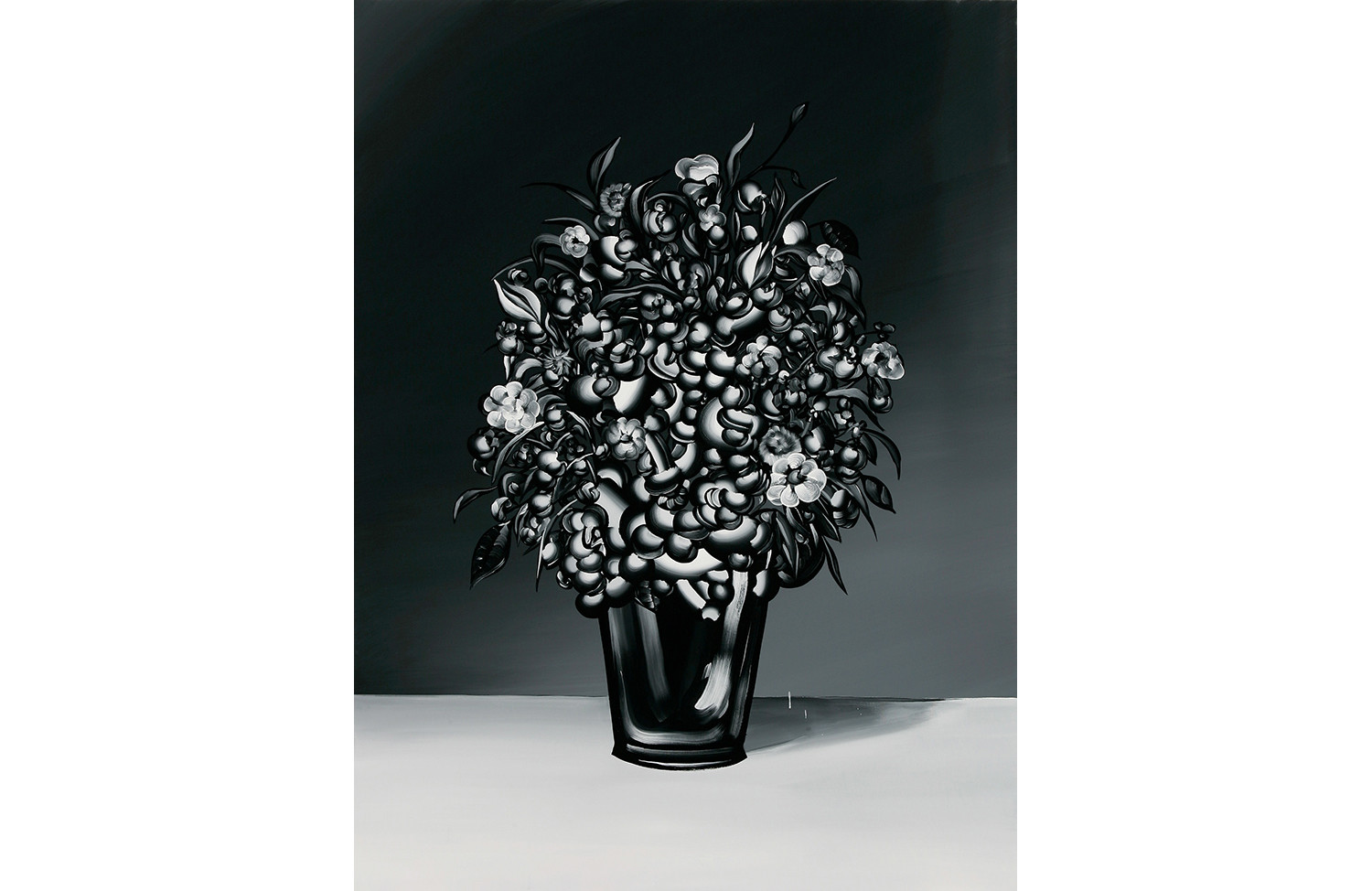 Tomoo Gokita was born in 1969 in Tokyo, Japan. Gokita briefly studied draughting and painting at a local art college in 1988 and worked as a graphic designer early in his career. He was a recipient of the 80th Annual Art Directors Club Award in 2001.

Gokita gained a strong reputation in fashion and music circles due to his success as a graphic designer, but ultimately quit to pursue a career in drawing and painting, citing frustration with the limits placed on his creative freedom.

Gokita’s greyscale paintings depict familiar archetypes from popular culture – pin-up girls, gangsters, starlets, cowboys, and noir detectives with their desperate clientele. Stark contrasts in tonal range, from velvety matte black to pristine white gesso, heighten the drama within the composition. Gokita also plays with forms, injecting a sense of humor into his work with the incorporation of Neo-Expressionistic gestures and brushstrokes to destroy the faces and distort limbs, transforming these ubiquitous scenes into surreal dreamscapes and warping idealized beauty into absurd deformities.

Gokita has had solo exhibitions at galleries and museums around the world, including the Kawamura Memorial DIC Museum of Art, Sakura; Kawaguchiko Museum of Art, Yamanashi; Aliceday Gallery, Brussels; and the Ueno Royal Museum, Tokyo.